Which shielding gas should be used for TIG or MIG/MAG welding?

As the name of the process suggests, inert gases are usually used for TIG welding. Shielding gases are standardised in DIN EN 439. These carry the designations l1, l2 and l3 in accordance with the standard.
The most commonly used shielding gas for TIG welding is Argon (I1). The degree of purity should be at least 99.95 %. Helium (I2) is also used for metals which have a very good level of thermal conductivity, such as aluminium or copper. If helium is the shielding gas, the arc is hotter. Above all, the heat distribution between the core and the edge of the arc is more even. The use of pure helium for TIG welding is rare and restricted to exceptional cases, but the use of a mixture of argon and helium (I3) with 25, 50 or 75 % helium has gradually increased over the past few years. Therefore, e.g. in the case of thicker aluminium structures, the preheating temperature required for sufficient penetration is reduced. In many instances, it is also possible to increase the welding speed. In the TIG welding of stainless chrome/nickel steels, argon/hydrogen mixtures (R1) are also used, but the hydrogen content should not exceed 5 %, so as to avoid pores.
The shielding gas flow setting depends on the gas nozzle diameter and the surrounding air flow. As a guideline, a flow rate of 5-10 l/min can be used for argon. Higher flow rates are required in draughty rooms (Fig. 4). For argon/helium mixtures, higher flow rates must be set because of the lower density of helium. 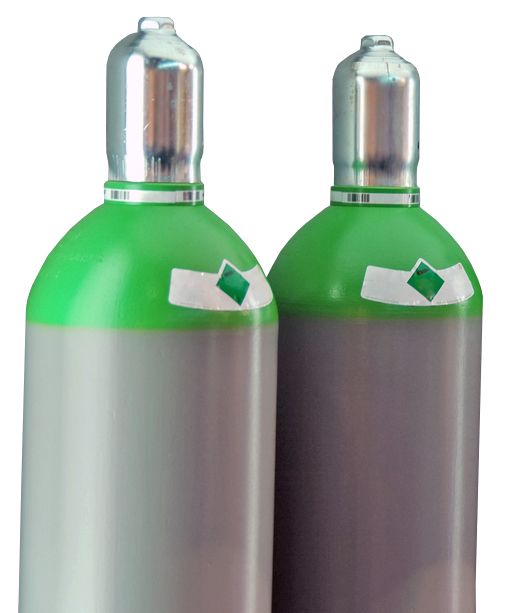 Overview of the shielding gas groups

Group R contains argon/hydrogen mixtures which have a reducing effect. In addition to argon and helium, the gases in Group R1 are used for TIG welding and plasma welding, while gases in subgroup 2, which have a higher hydrogen content (H) are used for plasma cutting and backing (forming gases).

Group I combines the inert gases. It includes argon (Ar), helium (He) and argon/helium mixtures. They are used for TIG, MIG and plasma welding, and for backing.

The large M group, which is subdivided into M1, M2 and M3, combines mixed gases for MAG welding. There are 3 or 4 subgroups in each group. The gases are classified from M1.1 to M3.3 according to their oxidisation behaviour, i.e. M1.1 is the least oxidising, and M3.3 is the strongest oxidising agent. The main component of these gases is argon. Oxygen (O) or carbon dioxide (CO2) or oxygen and carbon dioxide (three-component gases) are mixed with active components

In the range of gases for MAG welding, Group C includes pure carbon dioxide and a carbon dioxide/oxygen mixture. The latter is not important in Germany. The gases in Group C are the most strongly oxidising, because the CO2 decomposes at the high temperature of the arc, producing large amounts of oxygen in addition to carbon monoxide.

Finally, group F includes nitrogen (N) and a nitrogen/hydrogen mixture. Both gases can be used for plasma cutting and forming.

In addition to the oxidation behaviour, the electrical and physical properties in the arc also change according to the composition of the gas and therefore the welding properties. For example, the addition of helium to the argon improves the thermal conductivity and the heat content of the arc atmosphere. Both lead to a more energy-rich arc, and therefore to improved penetration characteristics. Mixing active components into the mixed gases leads, inter alia, to a finer droplet formation when the wire electrode is melted. The transfer of heat in the arc is also improved. The penetration characteristics are also improved.
The required flow rate of the shielding gas can be calculated with a rule of thumb, i.e. it should be 10 - 12 x the wire diameter in litres/minute.
In the case of MIG welding of aluminium, the set flow rates are slightly above average because of the material's strong tendency to oxidise; for Ar/He mixed gases, the set flow rates are significantly higher, due to the low density of helium. The pressure of the gas coming from the bottle or ring line is reduced. The set flow rate can be read on a manometer, which is gauged together with a damper, or on a flow meter with a float.

Classification of shielding gases for arc welding and cutting